Thought I’d share a pleasant little discovery I made this afternoon…it dawned on me that one or more USB headsets roaming about in the wild likely have CM108 or CM119 chipsets, and that with a little tinkering, one might just fit the bill for a radio-less setup. Having a seasoned career in VoIP (and with Asterisk, no less), I decided to rummage through my box of USB headsets, just to see what works. I had a few different Plantronics and Sennheiser models, a couple of Logitech models, and some other oddities…nothing panned out. Finally, I pulled out an old tried and true favorite, the Mpow 071.

The Mpow 071 is a budget headset, and runs anywhere from $25-$35 USD (pending on where you go to find one), but it has some cushy ear pads with integrated volume controls and decent audio response. It’s related to the Mpow 224, which is the slightly bigger brother with a little larger earphones. Both of which are reputable headsets for the money; they have good audio fidelity and a little noise cancelling.

I plugged the 071 in to a Raspberry Pi 3B+, fiddled with SimpleUSB configuration, set audio levels, set rxboost to true, and had an audio path if I manually keyed COR in the SimpleUSB menu. Now, to simulate PTT…hmm…what to do? Well, as luck would have it, I decided to press the buttons on the integrated audio controls to find the volume down (-) simulates COR logic if held in, so long as usbinvert is set to true. So, there you have it, a headset with PTT…success!

Audio levels seem OK if you have decent hearing; if you have difficulty, maxing out the range won’t get you incredibly far, but it should fit the bill for most people. Otherwise, with just a Raspberry Pi and Mpow 071, you can take this setup on the go. DTMF command shortcomings can be solved using AllMon or entering commands across the Asterisk CLI if you have a computer nearby. While this may not be the most graceful or robust option, it’s certainly an inexpensive one that requires no hardware modifications and can come in incredibly handy if you stay tethered to one node regularly. 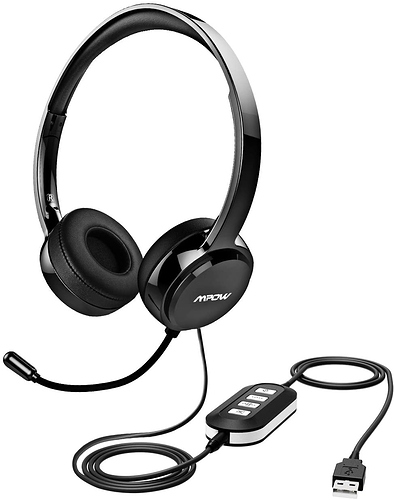 Brilliant! Thanks for sharing!

I had wondered about this last year when messing around with a headset, but never pursued it. Now I will.

Yes - you can use it for a radio interface too! 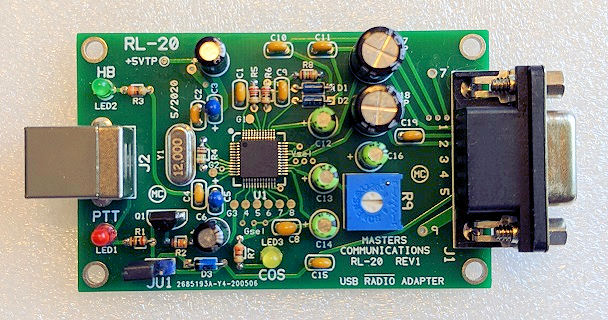 That excites me way more than a headset…I can’t wait! I’ll definitely be among your first orders for that, no question. Let us know when the technical specifications and documentation come out, would you?

When is the RA-20 going to be avaiolable? I am ready to order.

Well all right , You guys are makin this easy for me… Thx Kevin

I’m trying to look up the pinout of the DB-9 connector – I can’t seem to find it anywhere for any of the RA- products. Can you link me? I wish I would have known about your product before soldering a bunch of CM108s. (failing twice)

You really ought to add those to the Allstar Wiki so it’s front and center.

The pinouts are listed for every Masters Communications product under the Installation guide.

According to their web site the DB9 matches the Kantronics connector pinouts, this seems to be a standard for a lot of other manufacturers as well such as the APRS TinyTrac device and the Argent Data opentrackers.

That is incorrect. DRA adapters vary from RA (and RL) adapters in terms of pinouts. This is why it’s important people read the documentation on the website; everything is clearly documented there.

This should be what you are looking for.