All star and raspberry pi 3+

Allstar is set up from our image which you download and copy to an SD card and then boot.

The image and instructions are on our WiKi. https://wiki.allstarlink.org/wiki/Main_Page. See the Downloads, Beginners Guide and FAQ.

Please let us know when you have any questions.

Hi I did download the asl image for the raspberry pi. But I try to install the ysf it won’t let me install
sudo bash install.sh 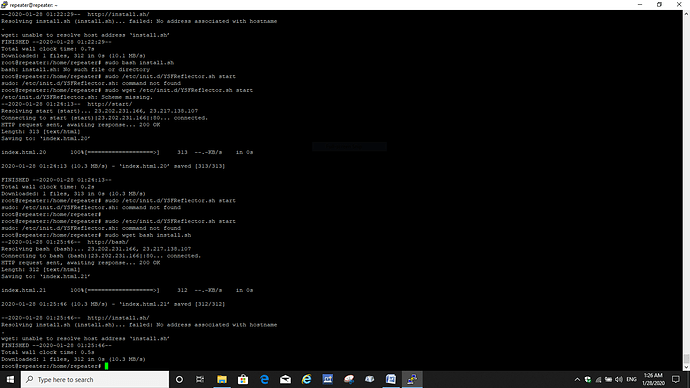 this the picture where it shows the error

I had to google YSF, It looks like your’re trying to install Yaesu Fusion YSFReflector on your pi.
Allstarlink is a network for analog radios & repeaters. If you’re just doing digital you’ll probably need to start over with a distribution more suited for your use. Possibly just a straight Debian distro.

That being said, just from a general linux perspective, It appears you never downloaded install script you were trying to execute. The command wget will download a file off the web (web get).
You would have wanted to type the command
wget https://register.ysfreflector.de/install.sh
you would then probably have to change the permissions to make the downloaded script executable
chmod 705 install.sh
then execute it
./install.sh

Thank you Steve for you help the other scripts where installed ok but the scrip. bash install.sh
This the script or command where you fill the name of the reflector and location.
I just to have the asl program with the reflector
Working. Now won’t let me run it again.
So I did download the debian strech full
And have no issues loading the Ysf
I just tought the was something wrong with the asl program.
Again thanks for helping
KB5HTB

hi still not able to install whats else can I do if asl with Raspbian wont work where can I find old version bash install.sh for the ysl reflector 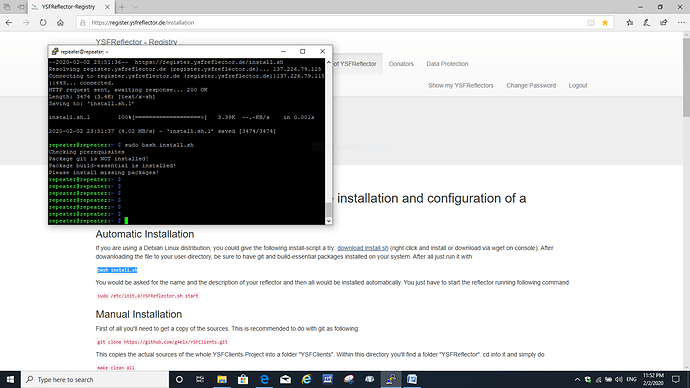