I will look tomorrow on software revision load, but has anyone had issues with outbound audio from a cloud hub? If I switch nodes to inbound audio, it is fine. This is only Allstarlink load. 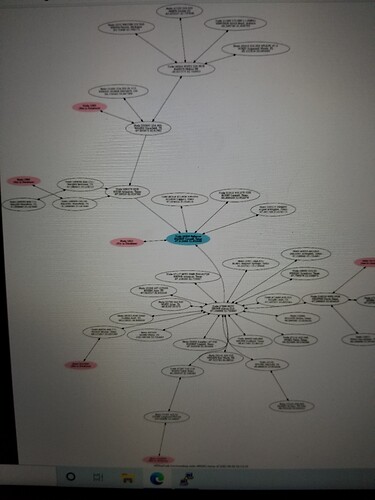 Help me understand what you mean, outbound vs inbound. Would that mean making the connection from node vs from the other? Are you thinking this has something to do with the arrows on the bubble map?

Not looking at map. Its based on in bound vs outbound audio. Really should be no difference. Attached picture may help with understanding. If you link outbound hub has audio issues.

I went ahead and tried to look for version unsuccessfully. I do know the server is Ubuntu 16.04.7 LTS, GNU/Linux 4.4.0-109 Generic x86_64. I loaded the dvswitch.org/install-allstarlink-repository prior to buster and performed an upgrade. The issue is if you connect the Cloud Hub to nodes (Outbound), the nodes audio is garbled. If you disconnect those nodes connected outbound, and go to each node and connect inbound, audio is perfect. Allmon2 is involved for hub side. Just trying to see if someone else has seen this.

The Allmon Direction column indicates the source of the connection. If your node connected to another it will say out. If another node connects to you it will say in. However, as you said, that should not make a difference in the audio.

Normally people have problems with inbound connections because the IAX port is not forwarded. But that prevents a connection all together, and as you said, the problem is the audio on outbound connections.

I see you loaded DVSwitch at some point. I don’t know if there is some interaction there. Maybe try an AllStar load only and see if that tells you something?

I am not aware of DVSwitch ever being loaded on this server. Its is only an Allstar load.

I went ahead and tried to look for version unsuccessfully. I do know the server is Ubuntu 16.04.7 LTS, GNU/Linux 4.4.0-109 Generic x86_64. I loaded the dvswitch.org/install-allstarlink-repository prior to buster and performed an upgrade.

I am not aware of DVSwitch ever being loaded on this server. Its is only an Allstar load.

I’m confused. Let’s start over. Could you try a clean install with the image from Index of /ASL_Images_Beta

It is the main hub for a 28 rf repeater system for NWS. Seven of the sites are allstar controllers and handles the west east bound links. I much rather find this issue and fix it. We did this for rpt_nodes issue, so I am hoping someone has seen this issue before first. I will load the beta on another server I have.